This may seem a bit macabre but on the other hand: the Viennese are typically a bit macabre. So if you have a weak stomach I suggest you quit reading now. If not: welcome to the world of the dead!

Who says Austria (or Vienna) says Habsburger. The House of Habsburg occupied the throne of the Holy Roman Empire and ruled the Austrian empire from 1276 until its demise in 1918. This seems like a long time ago, and it is, but you can still meet the Habsburger in the ‘flesh’! They are actually scattered around the city in three different places: the Kapuzinergruft, the Augustinerkirche and the Stephansdom. 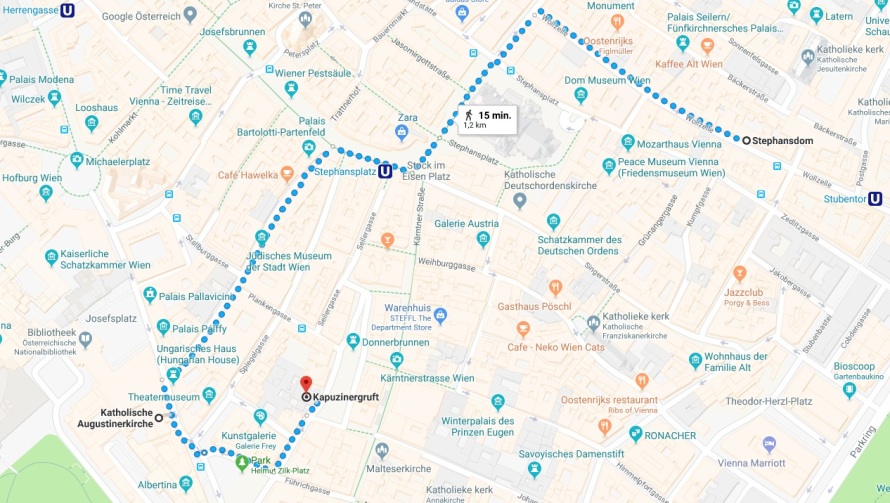 The tradition of burying the hearts here instead of with the body, began with the heart of Ferdinand IV, which has been there since 1654. His wish was that his heart should be put at the feet of the Holy Mother, whom he adored during his lifetime. This wish was honoured and the day after his passing, his heart was put in a small urn and set up next to the Madonna in the Loretokapelle of the Augustiner church. After him it became a tradition which lasted until 1878. The last heart that was placed here was that of Archduke Franz Karl (the father of Franz Joseph). Amongst the most famous hearts you will find here are the ones of emperess Maria Theresia and her husband Frans Stephan, Franz II and Napolean Bonaparte’s son. 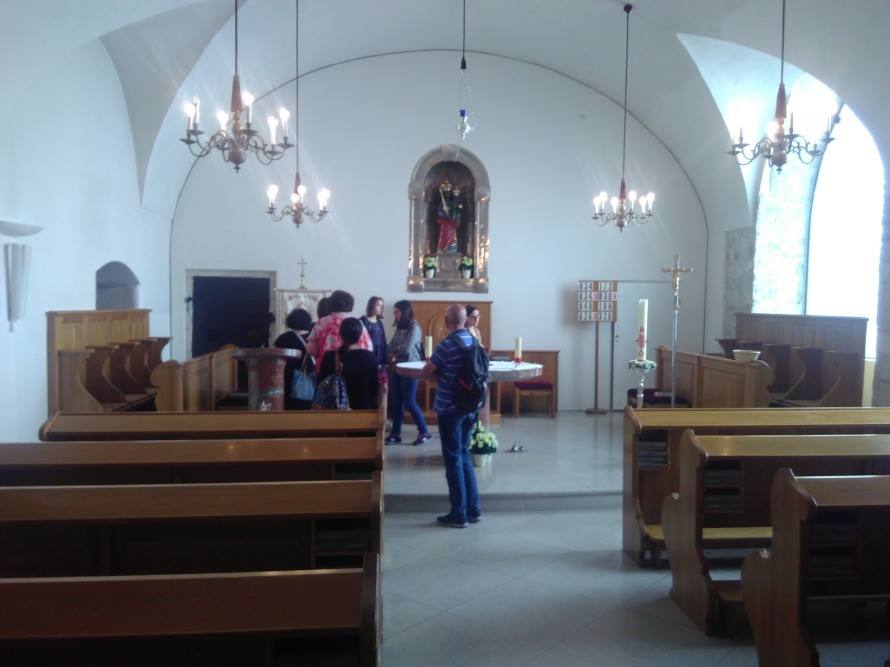 The Loreto chapel is part of the Augustinerkirche, which is actually the church where most of the Habsburger got married. There are tours every sunday after high mass and the church asks for a donation of € 2,- . But be prepared: tour is a bit overrated in this context! After mass you are led into the chapel where you can take a seat and one of the volunteers will tell you (in German) a bit about the church and the crypt. After that you can take a look into the crypt, which is realy small and you can only take a look through the windows of the door that bars the crypt.

Stephansdom
The heart was not the only part of the dead Habsburger that was buried seperatly from the body. It had been a tradition to remove the organs and bury them in the Stephansdom since 1564. This was official protocol and done in order to preserve the body better so it could be conserved during mournings or transport. Until the Herzgruft in the Augustinerkirche was established, the hearts were also placed in the Stephansdom in an urn of their own.

You can take a tour of the catacombs of the Stephansdom several times a day for a fee of € 6,- for adults. 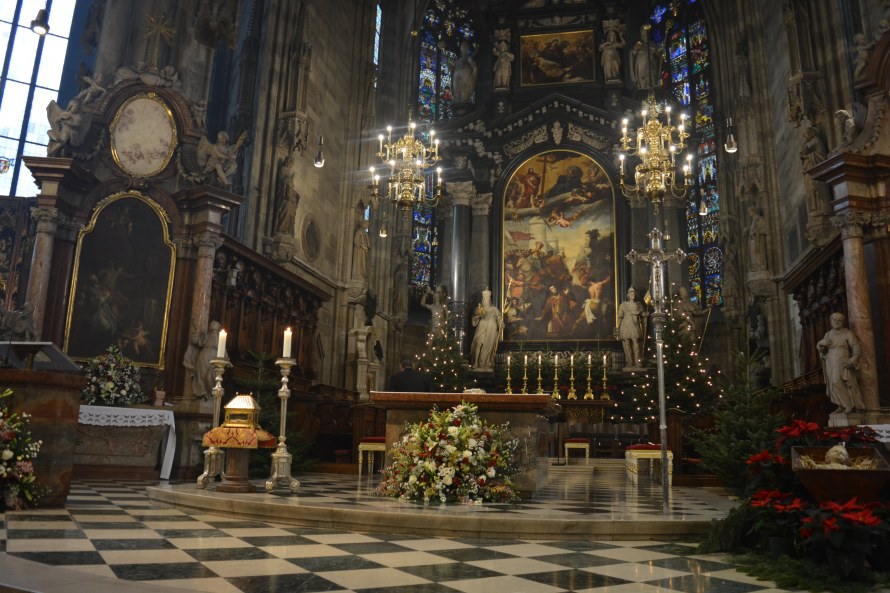 Kapuzinergruft
The Kapuzinergruft is the last stage of our tour to get closer to the Habsburger – or at least what is left of them. This is also the most impressive of the three stages. Although you might not say so from the small entrance. But don’t forget: the Kapuziner crypt lies beneath the ground, so only after you go in and go down will you really see what it is all about: 138 corpses laid to rest in impressive sarcophagi. Most impressive in my opinion is the one of Maria Theresia (I often wondered if this is the case because the lady herself had a quite impressive posture). Another highlight are of course the sarcophagi of Franz Joseph, Elisabeth (Sisi) and their son Rudolph. Their hearts are actually buried with them in here, instead of at the Augustinerkirche.

Despite what you might think, the Kapuzinergruft is not in the hands of the Austrian government. The church order buries Habsburger here in the name of the family. Although I should make a small correction there: used to bury, for there is only room left for one more family member.