Wine tasting in the Yarra Valley

We decided to stay in Melbourne for almost a week, which gave us plenty of opportunity to finish the walk mr. Scientist had planned, do some wine tasting in the Yarra Valley and do the Phryne Fisher tour!

Since mr. Scientist also likes to try wine and getting outside of any Australian city by other means than by car seems a sheer impossibility, we decided to book a wine tour to the the famous Yarra valley. We were with a small group of 10 – 15 people and had a very enthusiastic guide, Sean, that told us a lot about his own love for wine, while reassuring us that since he was also our driver today, he would not be drinking it on this occasion. First stop was the Helen and Joey estate. A Chinese couple which could explain why their wines were all a bit on the sweet side. Funnily enough their dessert wine was one that was not as sweet as is often the case! Not really to my liking in all, but we had some fun with the many unicorns that are scattered around the property (Helen is a big fan). 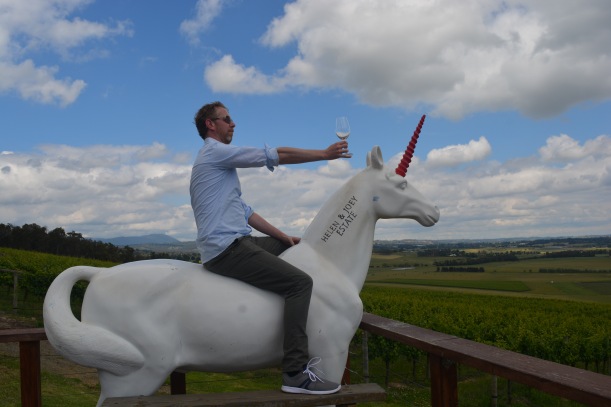 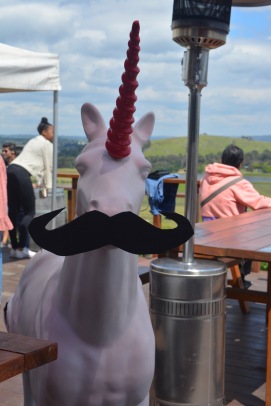 Next stop was the Punt Road Winery. The wines did get better, some nice red ones amongst them, but our host did not seem very enthusiastic. Information about the wines and the winery were unfortunately kept to a minimum. They did however have some nice wisdom to impair on us: 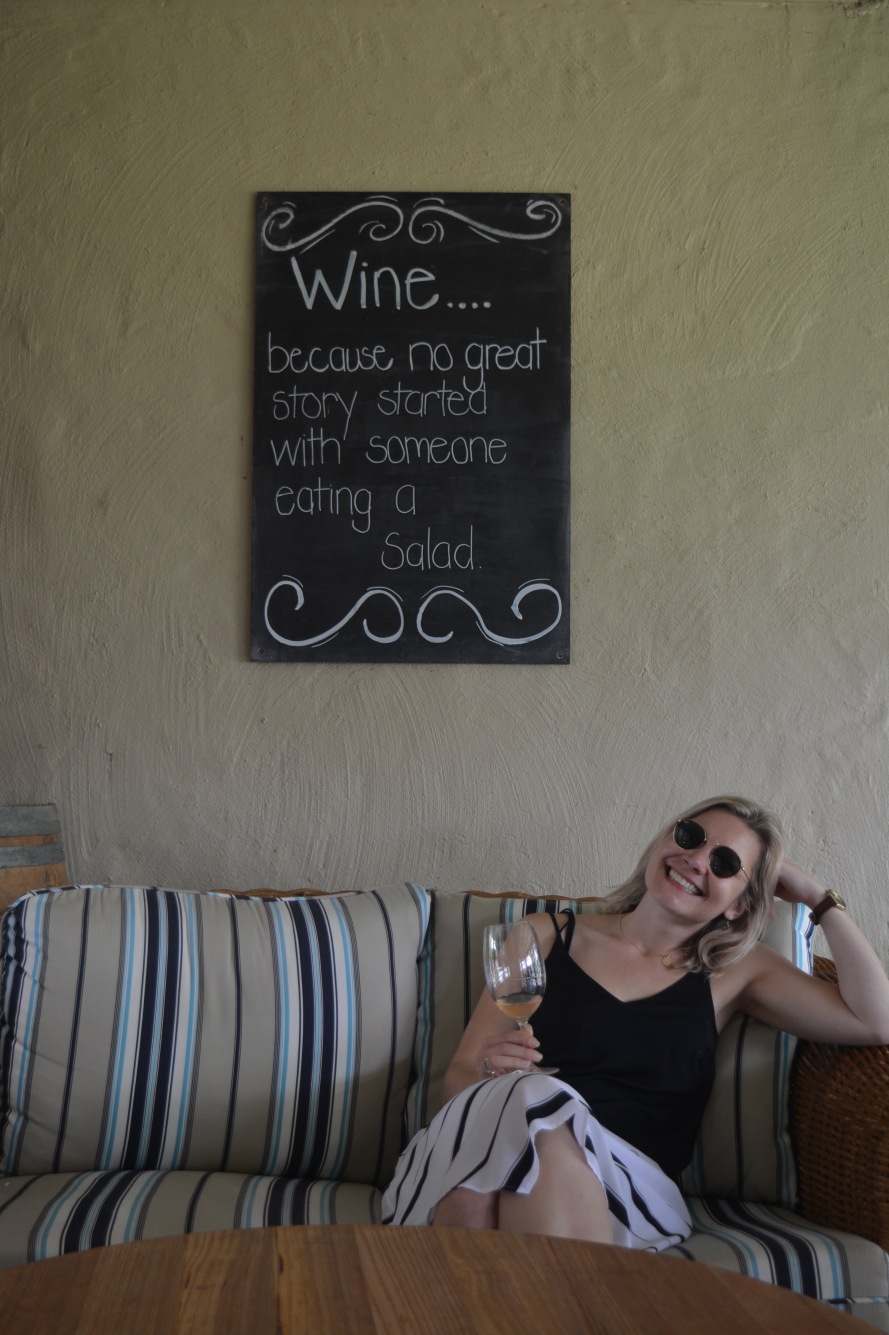 After that we headed over to taste some cheese. As cheese lovers we were of course looking forward to this part of the tour! Our destination was the Yarra Valley Dairy. More like a gift shop at first sight than an authentic cheese maker. The shop was pretty with (for our taste) overpriced Christmas gifts. The portions of cheese were on the small side, but all definitely to our liking. Turn out tough that not all people love all cheese, for some in our group looked almost horrified by the blue cheese that was passed around. 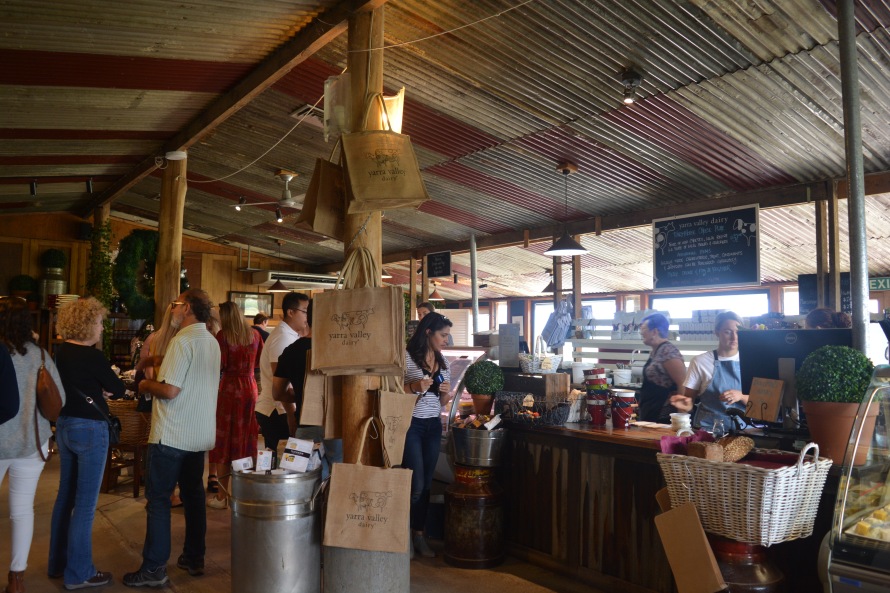 By that time everyone had worked up a good appetite and was looking forward to lunch. So we headed over to the Mandala Winery. This one is also mentioned in our Lonely Planet wine guide, so we had good hopes. The restaurant on site is Italian and I had a lovely beet risotto and mr. Scientist enjoyed his cannelloni. We chatted with our Australian neighbours, a couple about our age. She is originally from Darwin and they now leave in a small town near Brisbane. They told us a bit about life here in Australia and were very amazed about our bicycle culture at home – she works in health prevention and taking the bike instead of the car is one of her vocal points. Besides the company and the food, the wine tasting afterwards was the best of the day. We enjoyed the sparkling wine and definitely their reds – very tasteful! 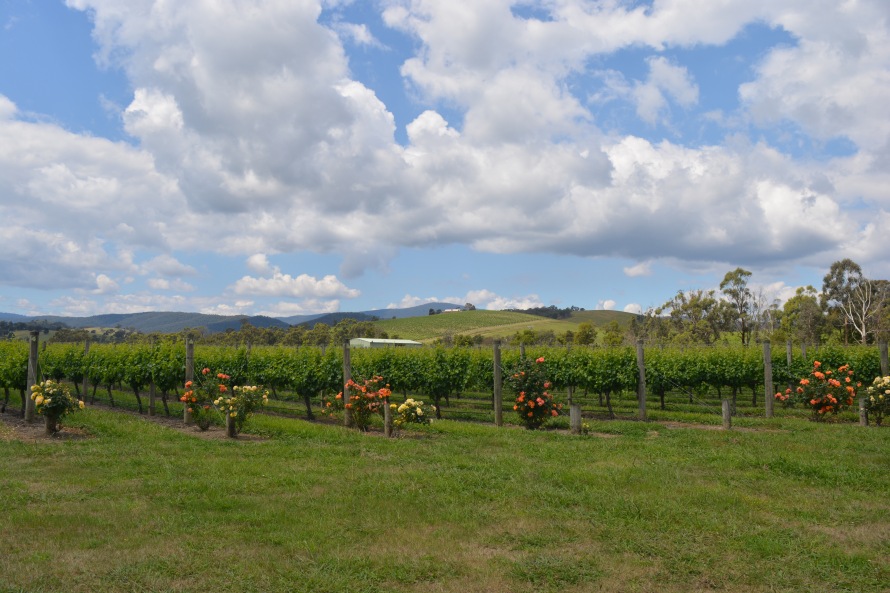 Next stop was the ‘dessert’, because we were brought to a chocolate factory. We had some ice-cream, and many free tastings, but the chocolate was definitely not as extraordinary as the prices would have you believe. 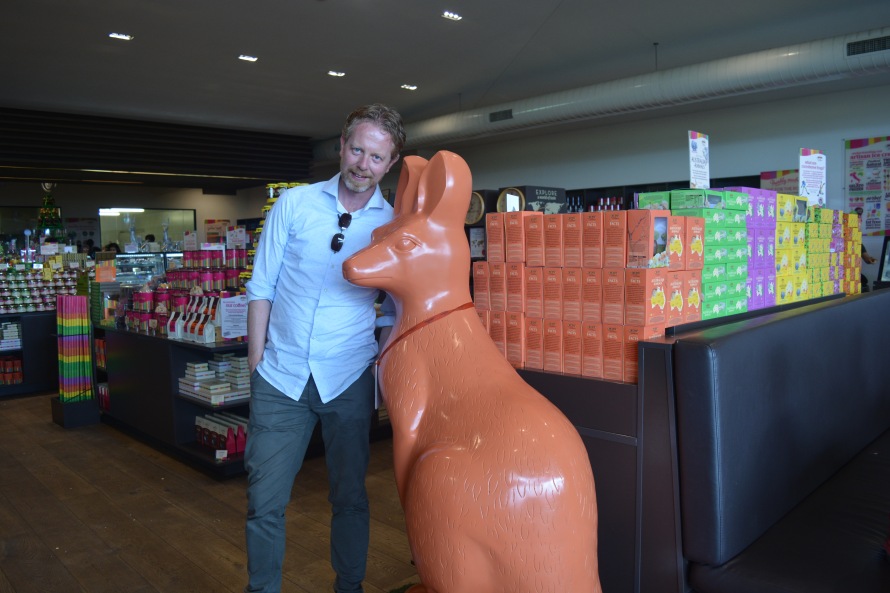 Just like with my wine club at home, we ended the wine tasting with some beers at Napoleone brewery and cider house. The beer was good enough (a wide range to choose from!) and the restaurant looked great. We however decided to take our beers outside and enjoy the sun, before we had to head back into town. 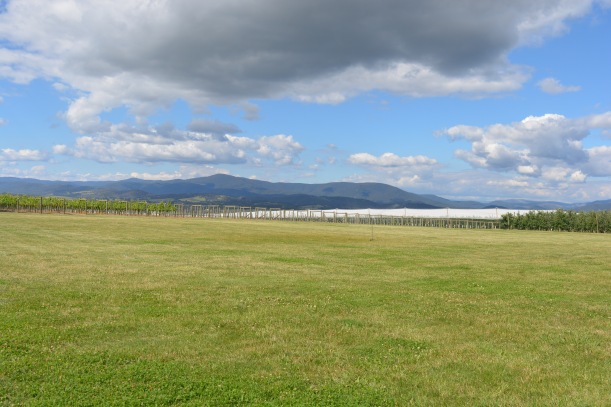 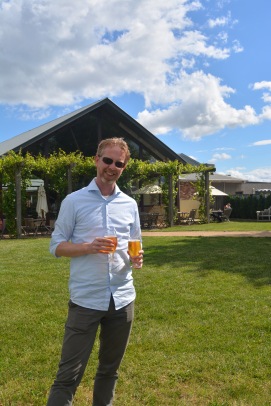