After leaving mr. Scientist’s family in Perth, we first went up north to visit the Pinnacles. I expected something like the 12 Apostels, but what I got was this: 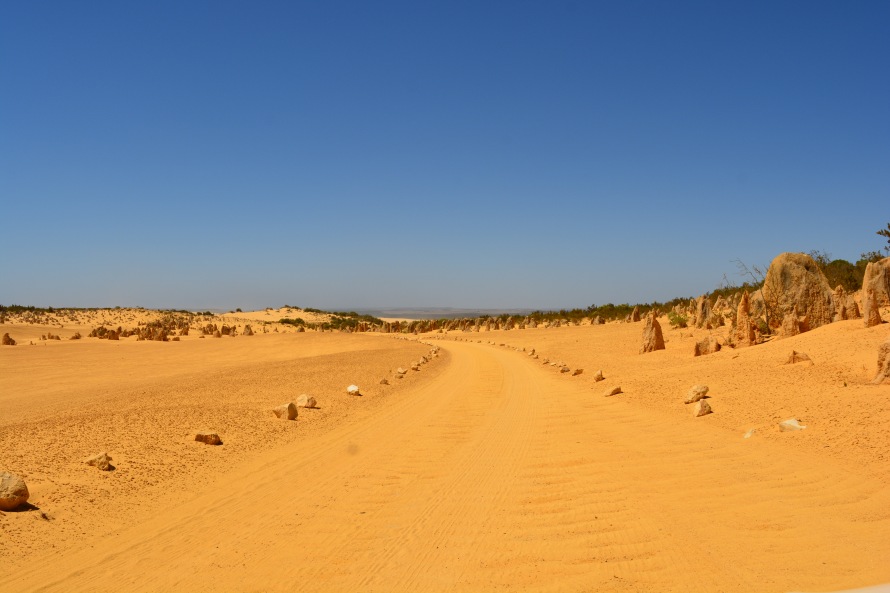 Totally different! All of a sudden we were in the middle of a desert, with yellow instead of red sand, surrounded by pointy stones about which they are not quite sure what they are and how they came into existance. Awesome! First we did the roundtour by car (only 4 km) and then the walk (even less: 1 km). Even tough there were other people in the park, we barely saw them and I felt like Laura of Arabia.

When we were done at almost 5 pm, we got back into the car and drove south to Bunbury (not to be confused with Burbury, none of that over here) to stay the night at the Prince of Wales hotel, where they had what looked like one of the dwarfs from Lord of the Rings perform. The following day we hit the farmers market for some food and drove through the karri forest to Pemberton (not to be confused with Pemberly, no Mr. Darcy over here).

Before we got to the forest, we had a wine tasting at Capel Winery. Another recommendation from our book. Beautiful spot, where we tasted some nice wines (I liked the Riesling, the Malbec and vintage cabernet sauvignon) and had a little lunch platter in the vineyard. 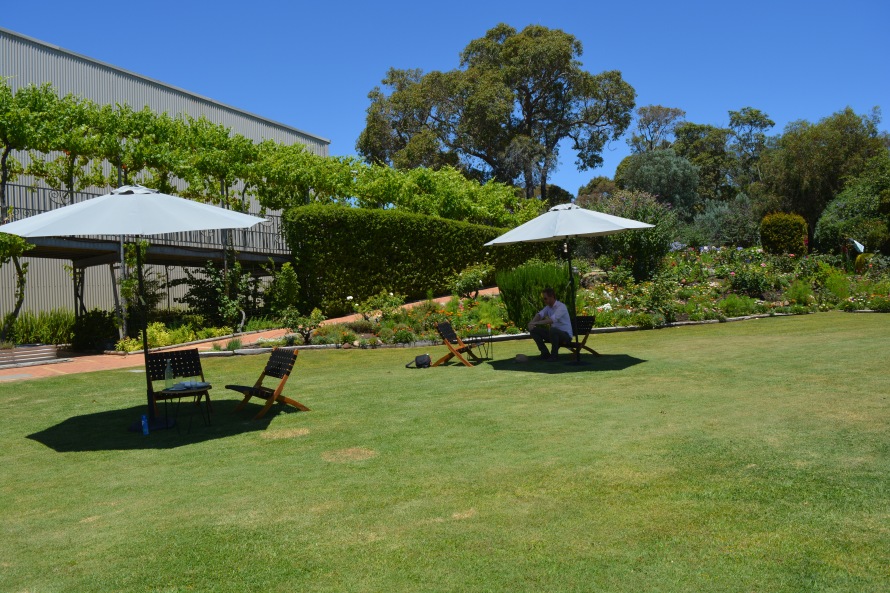 In the Karri forest there are many many trees, the Karri tree, and I guess technically speaking you could climb any of them, but three are known for it. So, up we went! Or that was at least the plan. There are no stairs built into hollow trees or something; what they did is put iron pins on the side of the tree to be used as something vaguely resembling a staircase (the closer you get, the less it does). Mr. Scientist is afraid of heights, so after climbing some of those pins for the picture, he came “down” again. Until then I hadn’t given climbing a tree much thought, I mean been there done that. But this was somehow intriguing so of course I had to try it. After having gained at least some height, mr. Scientist called out that he didn’t like it and would drink the wine we bought that morning if I didn’t come back down. Being the understanding wife that I am, I of course descended. We took a little walk and then drove to inspect the second tree. This was the same idea, but with a rest station in the middle of the tree. So, we made a compromise that mr. Scientist would look away while I went up to the pit stop station (which is still about 50m high). To be honest: when I heard from other walkers that the pins in the top were loose, I decided this was a good compromise. By that time is was 5.30pm so we drove back to our beautiful forest lodge in Pemberton:

Here we had some wine and cheeses we had bought on our way over and had a nice and quiet evening. Until just before we wanted to go to bed the bushes were hustling quite bad, so I went to have a look and there was a huge kangaroo grazing in the field in front of our cottage! Although it was too dark to get a picture, I did meet our neighbours the next morning. 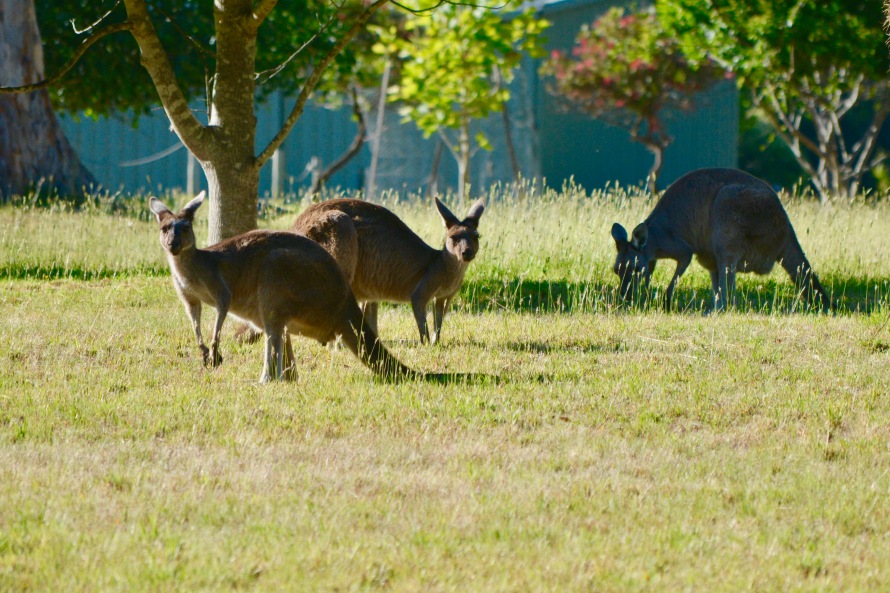